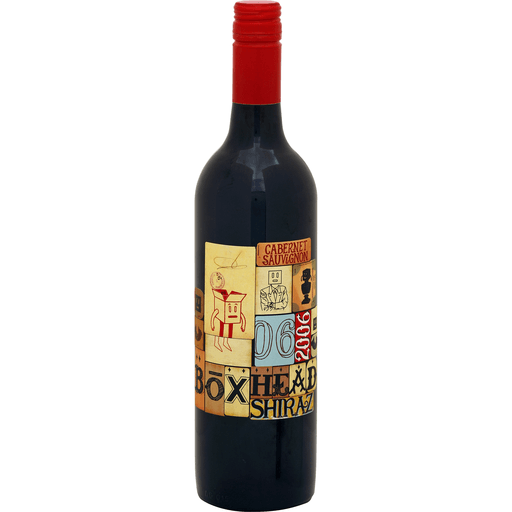 Shiraz (72%), Cabernet Sauvignon (28%). South Eastern Australia - Once a boxhead, always a boxhead. Research suggest a collaboration between square shaped skulls and the production of the finest produce. The squarer the head the better wine. But why so many boxhead wine makers in the wine growing regions of South Australia? A defective gene that has mutated over the generations; or a need to know top secret government plans for global domination; pumping brain altering chemicals into the air. We may never know, but what we do is this; the product of the boxhead represents some strange ability to create the fines wines. Product of Australia.