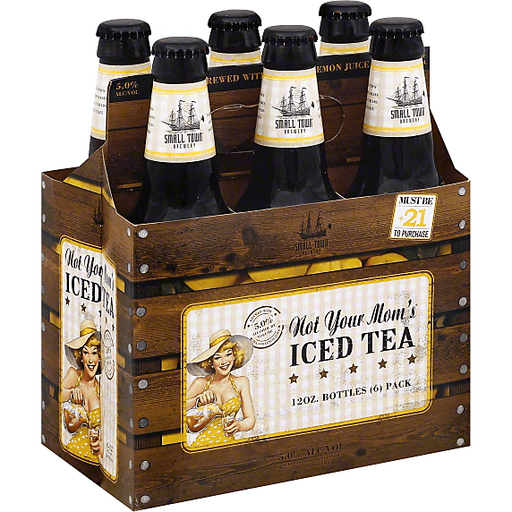 Must be 21 to purchase. Dispose of properly. This is the perfect refreshing brew. Crafted with the finest tea leaves from India and real lemon juice. It will remind you of mom's home-brewed tea recipe. We know you'll enjoy it we do. My great-great grandfather from the 1600s was the captain of a ship in England. He was also a bit of a gambler. As legend has it, he won a brewery during a high-stakes card game, which led him to start crafting his own beers. He began brewing beer on the ships he sailed. This allowed him to travel further than other vessels because beer stayed fresh during long journeys. The story goes that his beer was even consumed on a fleet of ships he commanded that transported some of the earliest settlers to America. Growing up, I was told that my great-grandfather was a ship captain, but I never heard the complete story until I expressed an interest in making my own beer. When I told my mom that I planned to open a brewery, she finally revealed my family's beer making history and why brewing was in my blood. Using some of my great-great-grandfather's recipes as inspiration, I founded Small Town Brewery. At Small Town, our goal is to honor my family's beer making tradition by brewing specialty beers with unique and flavorful ingredients. - Tim Kovac, Founder & brewmaster. 5.0% alc/vol. See bottom panel for flavor profile. Brewed with 5.0% alcohol by volume. Tea and lemon juice.