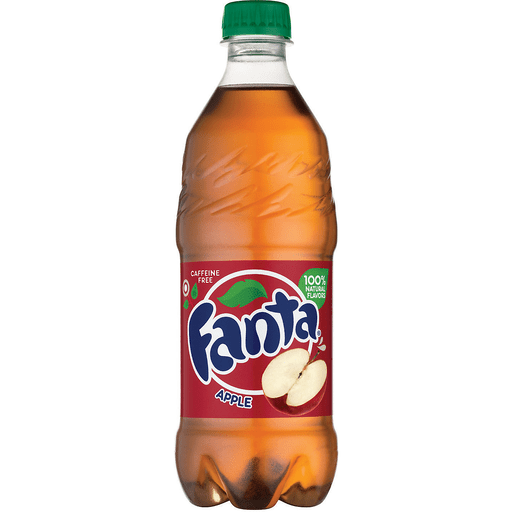 Choosing a fruit flavored soda can be a whole thing. But when you’ve got a delicious bottle of Fanta Apple flavored soda ready to go, the decision is easy. Why? Well, it’s a road less traveled calling your name from the back of a souped-up SUV equipped with speakers that not only blast your music but your mantra, and while you are on the road less traveled in the back of that SUV blasting your mantra you know that the future is just one second away, and the refreshingly crisp taste of caffeine free Fanta Apple flavored soda refreshes in just the right way kind of thing. All of Fanta’s selections of fruit flavored sodas pair perfectly with your favorite snack. Check out: Fanta Pineapple, Fanta Strawberry, Fanta Piña Colada, Fanta Grape, Fanta Peach, Fanta Berry, Fanta Wild Cherry, Fanta Fruit Punch and Fanta Green Apple. For a zero sugar option, there’s also Fanta Orange Zero Sugar. That’s a lot of flavors. Consider it an everyone is different and has different taste so you just pick what you like and if you like them all that’s cool too thing. Whatever flavor you go with, Fanta’s fruity taste is sure to keep you up on your thing—whatever it is. Fanta. It’s a thing.