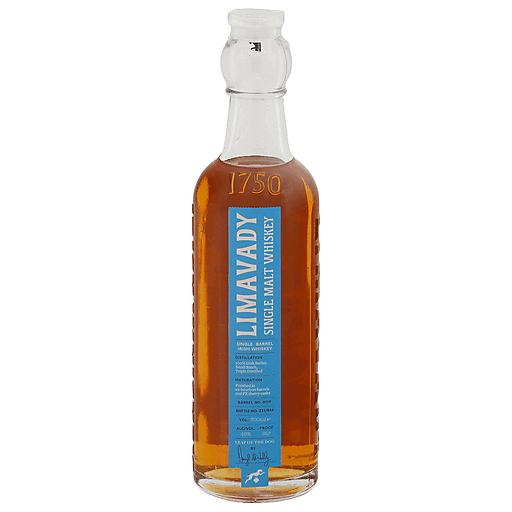 Distillation: 100% Irish Barley, Small Batch, Triple Distilled. Maturation: Finished in ex-bourbon barrels and PX sherry casks. Barrel no. 0119. Bottle no. 231/846. Leap of the dog by Daryl McNally. Limavady's original 1750 distillery belonged to my family, until they lost ownership before prohibition. I made my own way in the whiskey trade, working from the ground up. And went on to win gold 13 times. Now I’m setting out to make my masterpiece to reclaim the Limavady name with a new legacy for Irish Whiskey. Single malt. Single barrel. This is my leap. Limavady is an independent whiskey initiative realized in partnership with WhistlePig Whiskey.