Buehler’s exclusive Scenic River Coffee is made from the finest quality coffee beans. Locally roasted, blended and ground, our six flavors of coffee are smooth blends and artisan-tailored. Each was created just for Buehler’s.

Plus grind your own coffee – make it FRESH!

We offer dozens of flavors!

Scenic River Coffee now comes in K-Cups! Check out all our flavors:

A medium roast blend of Arabica coffees from Central and South America. It is smooth and easy drinking with a mild sweet coffee flavor and hints of citrus in the aroma.

Decaffeinated version of the classic Donut Shop. All the same flavors without the caffeine. This product is 97% caffeine free.

This is a light roasted blend of Arabica beans from South America. It is bright and refreshing with floral and citrus notes. Slightly nutty in the finish.

This bold, dark roast coffee is made up of 4 different beans roasted 3 different ways then blended. The sumatra viennese gives this blend a sweet, nutty chocolate note while the French roast gives it body and a hint of smokiness. The Colombian and Kenya beans in this blend provide balance with some acidity.

This medium roast blend is made from 100% Colombian coffees. It is rich and bright with noticeable citrus flavors and a refreshing winey finish.

Light roasted Arabica beans are combined with flavoring oil that gives this coffee flavors of Mexican liqueur, caramel and hazelnut. All our flavors are calorie free, gluten free and allergen free. 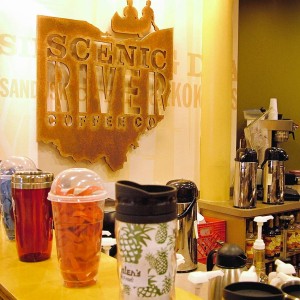 Our specially roasted coffee is also featured in our Scenic River coffee shops. Choose an espresso, latte, cappucino, or frozen specialty drink, and pair it with a delicious treat from our bakery. 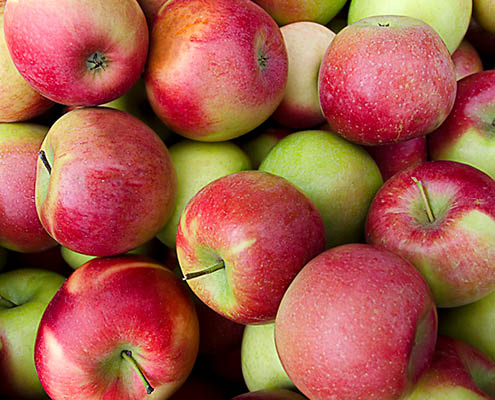 Here are some tips for eating healthy on a budget!

Look for fruits and vegetables that are in season! That’s the best time to purchase them! An when produce is out-of-season, save money by buying frozen fruits and veggies – the nutrients are all in there!

Create a meal plan for the week. Make a large batch of a healthy meal, freeze the divided portions to reheat for the busy week nights.

You don’t have to buy red meat and poultry to find good sources of protein. Eggs, beans and canned tuna are also good protein sources – and more reasonably priced.

Fresh fruits and vegetables can be more nutritious and economical than many other snacks. And they are just the right size for a snack!

Fast food, and the value menu might seem like a good buy, but do the math and you’ll find that costs will quickly multiply!

Healthy Eating can mean different things to different people. Some people need to watch out for gluten or other allergens. Others need to follow a low sugar or low fat diet.

Here are some guidelines to follow if you’d like to start eating healthy food, but are not following a strict regime.

Study the product nutritional labels on product packaging. Look for foods with: 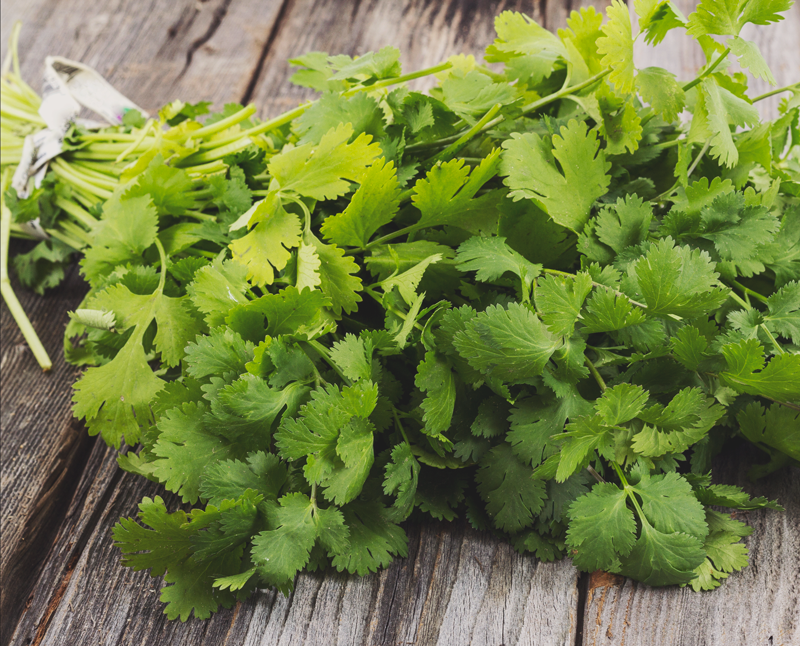 Scientific evidence that links eating habits to increased risk of certain diseases and conditions proves that “you are what you eat.”

Less then 4g of saturated fat for main dishes; less than 2g for sides and desserts

Reason: Saturated fats turn on genes that cause inflammation and hardening of the arteries, and are associated with higher bad LDL cholesterol levels. This increases the risk of heart attack, stroke and some cancers.

Although trans fat is found in small amounts in some meats and dairy products, most is consumed in the form of hydrogenated oils, which are added to stabilize products and lengthen shelf life. Products that claim to be “trans fat free” have less than 0.5 grams per serving. At Cleveland Clinic, we believe that no amount of trans fat is acceptable and have eliminated trans fat altogether.

Reason: Whole grains are a vital source of fiber. Fiber has been shown to decrease the risk of heart disease, stroke and certain cancers, maintain blood sugar and insulin levels, assist with regular bowel movements and keep you feeling fuller longer.

Women need about 25 grams and men generally need 35 grams of fiber per day. This is heard to achieve by eating refined breads,, pastas and rice, from which the fiber has been removed.

Minimal Sodium: No more than 600mg in entrees; 480mg in sides and desserts

The general recommendation is that no more than 2,300mg of sodium should be consumed per day — the amount in one teaspoon of salt.

YOU DO THE SHOPPING, WE’LL WATCH THE KIDS

Buehler’s KidzParks provide free, safe childcare for potty-trained children ages 3 through 9 while you do the family grocery shopping at our Medina River Styx location.