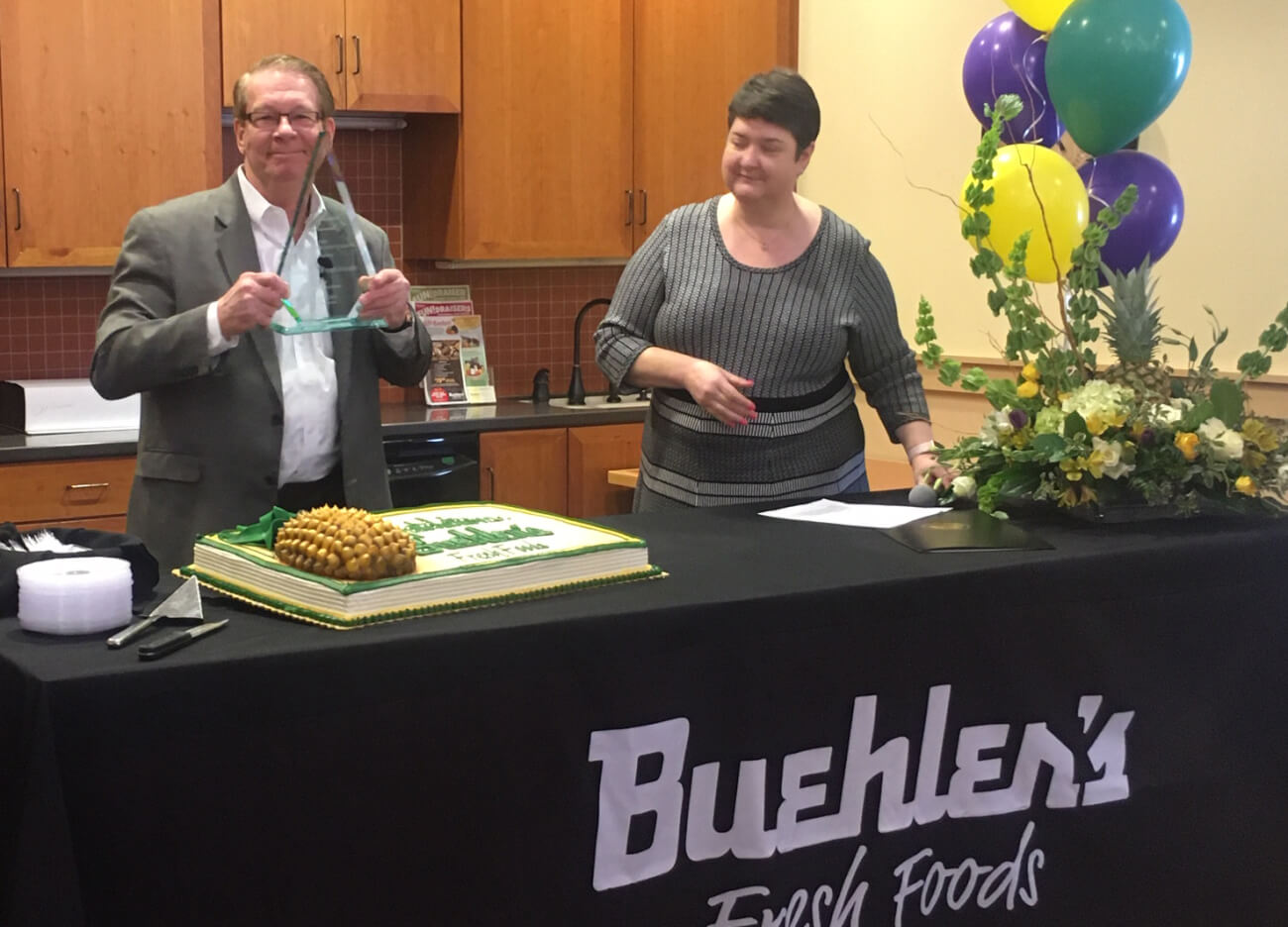 Dan Shanahan, President & CEO of Buehler’s, accepts the 2020 Pinnacle Award, the highest award given by the Ohio Grocers Association (OGA), from Kristin Mullins, President/CEO of the OGA.

“We are honored to be able to present Dan Shanahan and Buehler’s Fresh Foods with an award that exemplifies the excellence they show every day,” said Kristin Mullins, President/CEO of the Ohio Grocers Association, “Buehler’s is a wonderful example of the best in the grocery industry, and Dan is a great example of leadership involved in both the industry and the community. On behalf of OGA and our Board of Trustees, we’d like to congratulate them, and are proud to honor them with the 2020 Pinnacle Award.”

“On behalf of all our employees we are very thankful to receive this year’s Ohio Grocers Association Pinnacle Award for Large Operators,” said Dan Shanahan, President & CEO of Buehlers, “We are great admirers of Kristin Mullins, her team, and the job they do for Ohio grocers which makes this award even more meaningful.”

Buehler’s Fresh Foods grocery store was founded in 1929 by E.L. Buehler and his wife, Helen. The family moved the business in 1932 to Wooster, and, after four generations, grew to 13 stores serving the northeast Ohio market. In 2017, Buehler’s became an ESOP (employee stock ownership program) with the belief that selling to their own employees was the best way to assure the continuation of the innovative and creative spirit which made the chain a benchmark for independent grocers.

In addition to receiving the crystal award at the store presentation, Buehler’s Fresh Foodss will also receive a Proclamation from the Ohio Statehouse, as well as special video recognition at the Ohio Grocers Association Annual Brown Bag Celebration of the Industry on April 25th at the Irongate Equestrian Center in Hartford, Ohio.

The Ohio Grocers Association is the leading voice and advocate for Ohio’s grocery industry, and is headquartered in Columbus, Ohio.