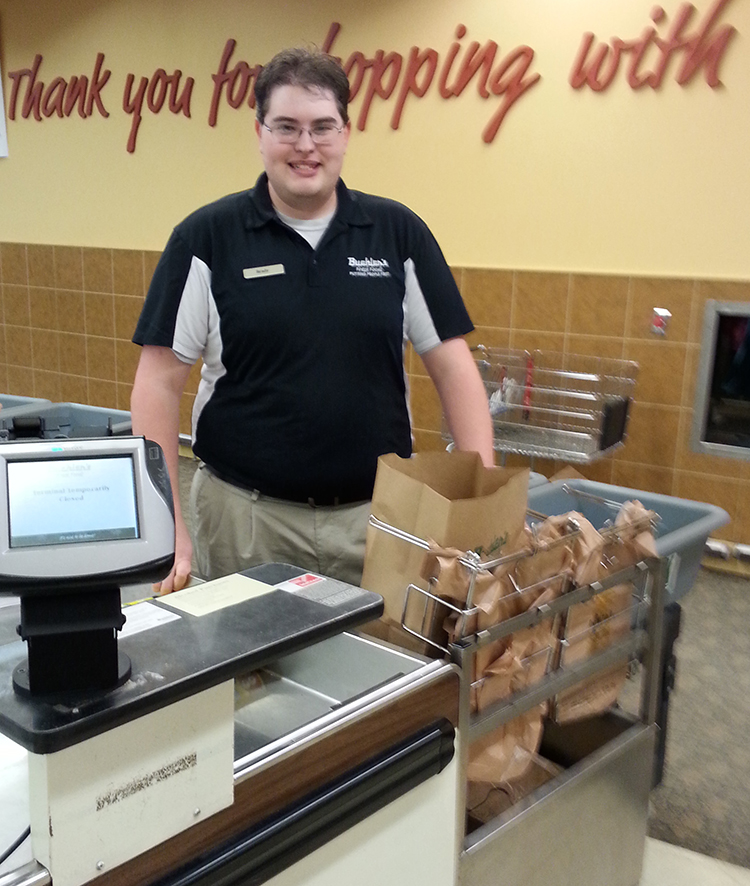 Baggers from all over the United States will compete in the National Grocer Association’s Best Bagger Championship at the 2017 NGA Show in Las Vegas, Nevada on Monday, February 13, 2017. Buehler’s Fresh Foods bagger, Brady Long, will represent Ohio as the winner of 2016 Ohio Best Bagger Contest back in August. Brady won the contest in 2015, and reclaimed the title in 2016 for an opportunity to compete at this year’s national event. Brady works at the Buehler’s Medina Forest Meadows store.

“We are thrilled to have Brady represent our state again as Ohio’s Best Bagger,” stated Kristin Mullins, President and CEO of the Ohio Grocers Association. “Brady encapsulates what it took to be crowned Ohio’s champion and we look forward to rooting him on at the National Grocers Association Best Bagger Championship.”

Dan Shanahan, Buehler’s President and COO stated, “Congratulations to Brady for a remarkable repeat performance as Ohio’s Best Bagger! Brady daily demonstrates the qualities of an outstanding employee and has a keen awareness of customer service. We will be cheering him on at the national competition.”

Contestants are judged on the following criteria: speed, proper bag building technique, distribution of weight between bags, style, attitude and appearance. As Ohio Best Bagger, Brady received $1,000 and an expense paid trip to Las Vegas for the national competition. The Best Bagger National Championship winner will receive $10,000, with cash prizes for to four runner-up positions.

Grocery bagging has been an important step for many supermarket employees who have pursued long and rewarding careers in the grocery industry. The National Grocers Association Best Bagger Championship features retailers with infectious company pride and an enthusiastic commitment to customer service.