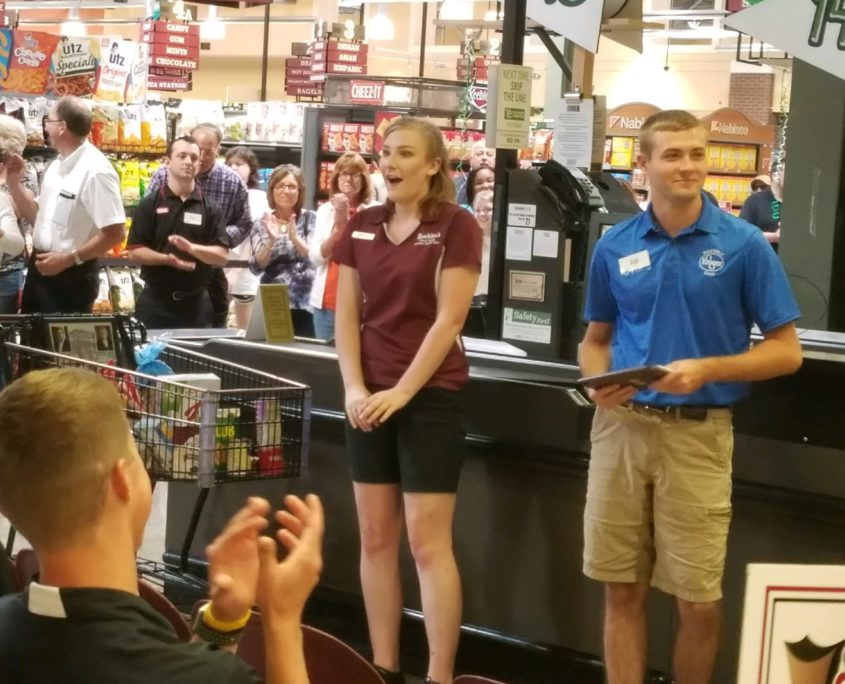 Ellissa Chambliss of Buehler’s Medina River Styx defeated competitors from across Ohio to claim the title of the Ohio Grocers Association (OGA) Best Bagger Champion at the August 8, 2017 competition held in Columbus.

Designed to promote supermarket employees and demonstrate a superior core customer service skill, the statewide competition has been held by OGA annually. Contestants are judged by speed of bagging, proper bag-building technique, weight distribution in the bag, as well as style, attitude and appearance, and are chosen through statewide competitions over the course of last year.

“The OGA puts on a fun event and we love to participate every year. We’ve been fortunate enough to have won this competition three years in a row in addition to the national championship this February in Las Vegas. It’s nice to be able to say that our baggers are the best in the state as well as the country” said Dan Shanahan, the President of Buehler’s Fresh Foods.